Password protected proposal to the Global Country for World Peace
for the currency of the Age of Enlightenment- Return of Raam in the Finest Relative
Note: This web site is supportive of, but not associated with the TM Organization

Maharishi Mahesh Yogi spoke on the importance of the Raam
for the Age of Enlightenment and Global Country of World Peace.

Transcript of the video from 2002

News:  Raja Raam likes the idea to reincarnate the Raam as a digital currency
April 17, 2014 in the Golden Dome of Pure Knowledge

Re-enlivening the Raam as a Digital Currency

The paper version of the Raam, used the traditional "old fashioned" paper model.
Now is the time for new principles, including the SCI principle of adaptability
to make a great leap forward.

Currently (2014) very few if any vendors are accepting BitCoin,
not even in Fairfield.  Nobody's accepting them, not Everybody's,
or shall we say, everybody's not using Raams.

Not even the Maharishi University of Management Book Store or TM Centers after 12  years.

The Raj  and Delta Nu Zeta are two places accepting the paper Raam,
but only a few customers have actually used them.

A buyer with 1 paper Raam worth $10 could not buy an organic apple worth $1
or stay at the hotel with just Raams.  The change at most stores had to be in $USD.
Yet digital Raams can be infinitely divided into parts for any payment.
With digital currency, we can transcend the need to get change.

Paper currency is expensive to print and protect against counterfeiting.
Digital currency costs very little, after the computer network is established,
and the mining has begun worldwide, to create from the unmanifest.
With the latest cryptographic validation system, Raams are impossible to counterfeit.

A constant number of Raams, in a limited supply with high demand,
functions as a reliable store of value for good karma, service, and products.
Raamcoin can benefit from the lessons learned from the 2008 Bitcoin technology
and be ASIC and multi-pool resistant, to distribute mining power equally to the people.

Digital Raam uses the principle of infinite correlation - using the internet.
Digital Raam exists at the finest relative - as subtle electronic impulses
which are much more powerful than paper and even gold objects
that exist on the surface of life, the gross relative.

Why tie the Raam to the U.S. Dollar which has been manipulated by
the Federal Reserve System, and used to finance so many wars and bail outs?
The Fed is about as "federal" as Federal Express.  It is a banker cartel.
Many economists predict the crash of the Dollar from inflation.
The TM Movement should protect itself and become financially invincible.
The Raam is a pure currency of peace and progress.

Floating the currency to support floating

Maharishi often spoke on the importance of the Raam
He would not take all the time and expense to make them for no reason.
Graphic artists designed, and printers printed on the best paper, for many hours.
People trusted the Raam and converted thousands of US dollars to them.
He was not messing around with everyone, making funny money for no reason.
Maharishi was serious and means everything he said about Raams.

Money is based on consciousness.
If people believe a currency has value, it does.  If they don't, it doesn't.
If a dog is given a choice between a $100 bill and a bone, he chooses the bone.
He will even choose the bone over a gold coin.   Money depends on consciousness.
The TM Movement has the most powerful consciousness on the planet.

The first block chain, the "genesis block", should be initiated with a click of the mouse by
Maharaja Adhiraj Raja Raam - Dr. Tony Nader, MD, PhD

along with TM Movement leaders such as
Dr. Bevan Morris, and Dr. John Hagelin PhD
on an auspicious Muhurta date (to be determined).
Akshaya Tritya 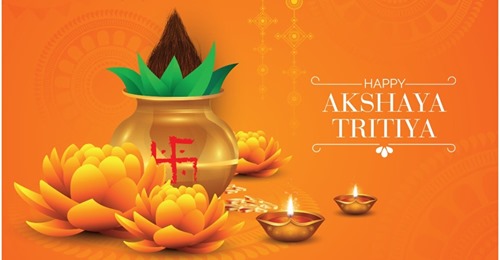 If economist Max Keiser can have his own MaxCoin
Raja Raam and the Global Country of World Peace can.

Notable CryptoCurrencies on the market

Action Team of Development Technicians
from the non-profit
Association for Digital Currency
1629 K Street NW, Washington, DC
Lobbying Congress to promote and protect our rights to use digital currency

Fairfield Iowa Association for Digital Currency
Saturdays at 1:00 pm Revelations Cafe
You can attend in person
or via Skype Id: cicorp.com

Calendar in the Fairfield Weekly Reader

Raam will return and rise

Note: This web site is supportive of, but not associated with the TM Organization